The dominant Medicare supplement carrier in the State

We would be remiss without discussing AARP California Medigap plans when discussing the Medicare supplement market in our State. AARP is a non-profit Associations most associated with retired and seniors but they also tend to be one of the largest marketers of insurance including California Medigap plans. Let's take a look at AARP more closely and discuss the pro's and con's of this strong player on the market. 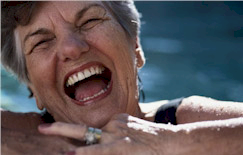 First, AARP stands for the American Associations of Retired Persons. It is a non-governmental association formed in 1958. There are two separate entities within AARP, The AARP Foundation and AARP services which administers California Medigap plans. AARP is the largest marketer of California Medicare supplements and has shaped the to's and fro's of the marketplace since their entrance into the market. AARP does not actually underwrite the insurance plans themselves which means that they are not the carrier. They partner with large national carriers as a marketing partner. Their current partner and contract for California Medigap is United Health Care, a large and stable nationwide provider of health insurance products across the various segments of the marketplace (including Senior). The prior carrier was Aetna with which the contracted but United has replace them as of their current standing. So how does AARP California medigap plans stack up against competitors?

On the surface, Medigap plans are pretty straight forward (relatively speaking for health insurance) since the basic benefits are standardized by the Federal government. In light of this, you would think that the carriers would all have pretty similar pricing since they're all constrained by the same benefit configurations and risk profiles since a vast number of California seniors get Medigap coverage on a guaranteed issue basis when leaving group coverage over the age 65 or turning age 65 with Part A and Part B. AARP was the first company to really shake up the pricing market when they came out with an initial discounted rate for certain new enrollees which decreased over a few years. This allowed them to quickly eat up a large share of the market place since there were situations where they a 65 year old would find their rates to be 30% less than the other main carriers. This discount would decrease with each passing year but at the time of making a decision (turning 65), the price for identical coverage was much lower and that sealed the deal especially since many people know AARP and have deal with them for other matters. Now, there's no free ride in the universe and the discounted rate must somehow be accounted for later on in the life of the policy since the inherent medical risks are all the same. So where does the pricing stand now?

The market has somewhat equalized which may partly be AARP's prices going up over time (to accommodate the discounted rate up front to gain market share) or due to the other California Medigap carriers lowering their rates to be more competitive but similarly moving costs to later years. That's the tricky part about any discount up front for similar medical risks. This discount must be re-captured later in the older age bands or after the discounts goes away. At that point, a person may not be able to change plans due to health and that can be a concern.

The discounted AARP California Medigap rate could be looked at in both lights...both as a boon for new enrollees or a price to be paid later in a person's life but either way, AARP is a strong and stable provider of California Medicare supplement plans and will continue to be going forward regardless of their contracted carrier partner.

Have questions regarding AARP medigap coverage? Call us at 800-320-6269 or email to help@californiamedigap.com

MEDICARE vs ADVANTAGE?
WHICH IS BETTER??

Our Services are FREE to You!

HOW AND WHEN
TO ENROLL

We can help you:

"My sincere thanks for making a miracle happen- 2014 health insurance !! Many thanks for your expertise and advice yesterday !!"

"Thanks again for your help - I had absolutely no idea how to get this done when I got up this morning. You've made it remarkably easier than I expected. I hope you're not stuck at the office all night..."

"Anyway, I hope you got some time off this past week! Thank you again for your help and efforts on my behalf! I was very lucky to find you."

"I truly appreciate the quick response and will think of you in the future if I need to make any changes to my insurance plans."

"You are awesome... takes a huge worry off my back, thank you for your kind. thanks for your time and kindness. !!"

"Wow, I can't thank you guys enough for your help...I couldn't imagine trying to tackle this on my own!"

"You are my new best friend. A HUGE thank you again. 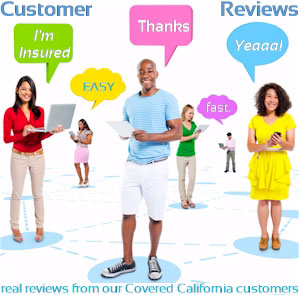 20+ years helping California Seniors understand and choose the best Medicare Supplement values....and it's all yours.  For Free!

We will walk you through the entire process of understanding, comparing, and enroll for quality medigap coverage.

We are licensed Covered Ca agents with the sole aim of helping you find the best value.

We'll quickly see if you have the best priced plan available

Our Services are FREE to You

This website is owned and operated by Goodacre Insurance Services, which is solely responsible for its content.